The Space on the Mile 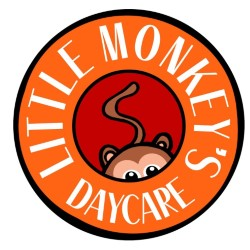 Something is not right at Little Monkey’s Daycare, and little Tommy, a four-and-a-half year old private investigator, is going to get to the bottom of it. This production from Newcastle University Theatre Society is a sort of backwards Bugsy Malone with the toddlers played by adults, to great comic effect. The writing and performances play to all of the classic tropes; as the characters chew on their candy cigarettes, nurse their Angel Delight hangovers and deal in curly straws, an hilarious twist on the classic gangster story is established. As Tommy and his sidekick Bobby investigate why their classmates are vanishing with a mystery illness, there are comic moments for both children and adults in the audience alike.

The production has an air of the rough and ready about it, but that often add to the humour in the piece rather than detracting from it. Similarly, the dubious, hammed-up New Yoihk accents provide many laughs, though lines are sometimes lost to them. Overall the performances are mixed, with some portraying the toddler gangsters adeptly, with sharp comic timing, and others over-acting theirs. The way in which the children are portrayed, combined with the references to old gangster films, raises the question of who the production is aimed at. Though it is billed as being suitable for all ages, and there are comic moments that would appeal to both adults and children, Big Trouble at Little Monkey’s Daycare seems more like a play about children for adults than a piece of theatre for children.

Big Trouble at Little Monkey’s Daycare is an unpolished but entertaining story of choc-ice crime and chickenpox.