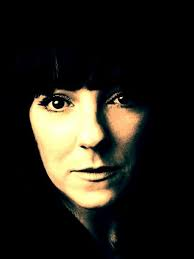 Neil Flynn’s Microdisney is an entertaining but thoroughly heartbreaking piece of theatre. Having escaped from an institution or psychiatric hospital and her “woman,” Clodagh Corona explores her hometown of Tralee for the first time in years. As she traverses the town, she gradually shares the story of how she came to be admitted when she was only eight years old. Sitting on her “island” in the middle of the town she tells the story of the fateful day Geraghty brought her “back the tide.”

Judith Ryan delivers an impressive performance as Clodagh, bringing a potent energy and physicality to the performance.  Though only a snapshot of Clodagh’s life is presented, it is evident that she is a complex character, and Ryan brings all of the influences on her character and behaviour together to create a strong, engaging and heart-achingly real character on the stage. Working excellently with the fluctuations in intensity and emotion in the script, Ryan keeps the audience captured in the story from start to finish.

Flynn’s script is a clever blend of poetry and natural speech that patters along apace, meaning that when Ryan pauses, the moments of silence are as powerful as the words in conveying Clodagh’s experiences. The ballet scene is a moving and striking interlude in Clodagh’s story, though a smoother transition from speech to music would have made it even stronger.  Also deserving of a mention with particular regard to this scene is the lighting design by Cathy O’Carroll. Though simple, the design really comes into its own in this scene as the shadows from the floor lights dance with Clodagh.

Microdisney is a moving and engaging work that tells an all-too heartbreakingly recognisable tale (versions of which were experienced by many women across the country) with sensitivity and passion.

Microdisney runs at The New Theatre until 23rd Jan before touring.